What Time Does School Start? 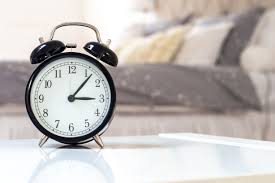 What’s better than a good night sleep? After a good night’s sleep students will be well rested and not feel exhausted.

There’s a new law in California called SB-328 that requires schools to begin classes at 8:30, which goes into effect in the  2022-2023 school year. Bell High should put this practice  into effect now rather than later because it will benefit students.

Starting classes at 8:30  will give students an extra hour of sleep which can make a big difference.  Having more rest helps students because they will be ready to learn and they also won’t be so grumpy or sleepy. Kids might not fall asleep in class.

According to an article on childmind.org about 8 percent of American teens get the sleep they need according to a recent study in the Journal of Adolescent health.

If we adopt this plan now, rather than later,  students will be able to get used to the new school schedule because we would have to change the bell times as well.

Also, some teachers who run late may be able to prepare and get to school on time. This will help students and teachers because of traffic.

According to an article on bussinessnewsdaily.com, “Tardiness is habitual for some workers, with 16 percent saying they’re late at least once a week. These workers’ lateness results in lost time ranging from several minutes to an hour in what would otherwise be productive morning hours.’’

People might not like this idea because it will just mean students will just sleep even later than they already are. But not getting enough sleep Is a bad thing because students won’t be well rested. This won’t help because students need sleep in order to be able to be productive at school.