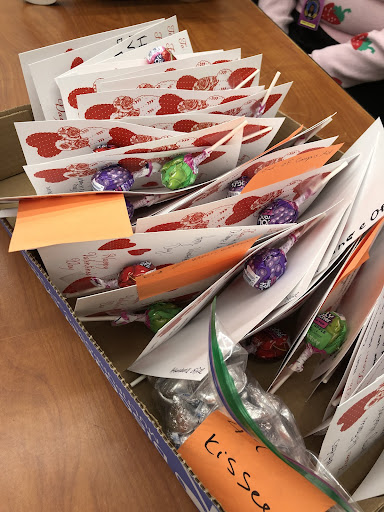 The day of love, friendship, and crushes is right around the corner, heading straight at you like Cupid’s arrow. If you want to buy a small and affordable gift for your valentine while also supporting the school, then you should buy a candy gram from leadership. Leadership puts a great deal of effort into the grams, so let’s look behind the scenes.

If you believed the Leadership committee rushes into Valentine Day grams, you’re wrong. Selling Valentine’s grams is a fundraiser, so leadership begins talking about the grams in November. Planning a fundraiser takes lots of time and consideration because they will need to get permission and approval from the school administration. Actually creating and planning the ‘Grams begins in January, a month before Valentine’s Day.

After the fundraiser is approved, ideas begin to bloom. Leadership Coordinators Ms. Mora and Ms. Franco usually buy the supplies from stores downtown or Michael’s and Craft Depot.

After the supplies are bought, the leadership team begins to create their flyers. 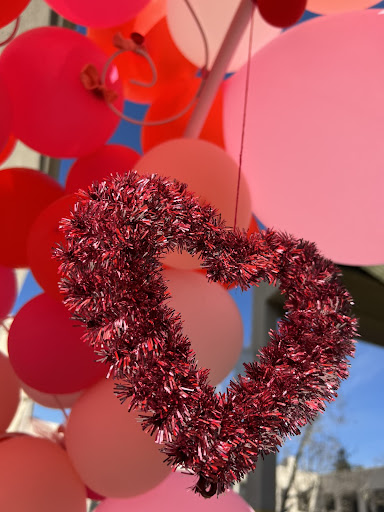 “We create about 100 flyers to post around campus,” Senior Class Vice-President, Valerie Rizo says. After the flyers are created, they are put around campus for Bell High students to see. Of course, this isn’t the only way they get the word out. Announcements are also made during homeroom.

This year, leadership has changed a few things about the V-Day grams. Mr. Moreno, who has been a leadership coordinator for 12 years loves his role in leadership. According to Mr. Moreno, he, as well as the rest of  leadership must find a way to keep the grams long lasting. Since chocolate in the grams will melt due to heat, a piece of hard candy is provided instead.

“Four is too much work,” Mr. Moreno says. One great change this year is that leadership is only giving out one option instead of their usual four. This year’s candy gram option only provides one gram, which includes a personalized message, and one candy.

Don’t think you could get away with writing something sneaky to your Valentine, as all of the grams get read and approved before being written and sent out. So be careful with what you write.